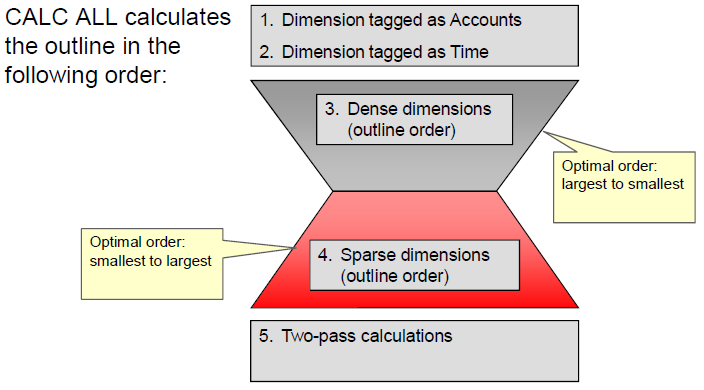 
Defragmentation can be done by,
In most of all cases Bitmap is always the best choice to give your database the best combination of great performance and small data files.  On the other hand much depends on the configuration of the data that is being placed into the database.  The best way to determine the best method of compression is to attempt each type and evaluate the results.


Note: By default intelligent calculation is enabled. We can change the default settings in essbase.cfg file or by using SET UPDATECALC OFF (Script by script basis).